ET BEGINNERS #2 Why KR Should be Removed from Beg2 Server

This is sadly true. It's not M!dnight who just comes and stacks, just to frag without caring at all the teams.   The kr, from my behalf it could go, as it is a beginners server after all and

I don't even know if it is possible to remove KR from the server but I just wanted to start this topic as a discussion. This probably sounds like a ridiculous idea and I understand the competitive nat 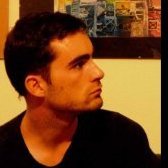 ahha Ellen playing for obj? ahhaahahahah   I know you said as a team but then I imagined Ellen as an engineer and I just fell on the floor laughing.   @Ellen   😂😂😂