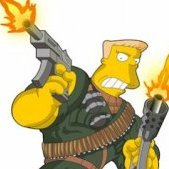 On an interesting note, life can survive on a variety of minerals and noxious gasses. Any good hydrogen source will suffice even Hydrogen Sulfide. Chemolithotrophs have been doing this for eons, so fi