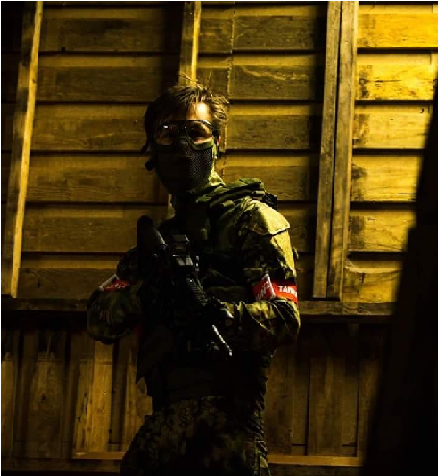 Airsoft is a team competition, which participants eliminate opponents by hitting each other with spherical plastic pellets launched via replica weapons called airsoft guns. Airsoft is commonly compared to paintball, which is a competition similar in concept but with some key differences being:

1: Airsoft pellets do not mark their target, and hits are not always visibly apparent. Though airsoft pellets may leave red skin marks or "welts" on their target, the game relies heavily on an honor system in which it is the ethical duty of the person who has been hit to call themselves out, regardless of whether or not anyone saw it happen.

2: Most airsoft guns are magazine-fed, with some (especially pistols) having replaceable compressed gas (e.g. propane, HFC-134a or CO2) canisters. Many airsoft guns also have mounting platforms compatible with firearm accessories, and tend to more closely resemble real guns. This makes them more popular for military simulation and historical reenactments.