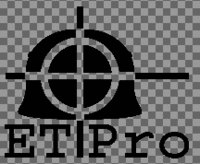 We are back. In the year 2003, Wolfenstein: Enemy Territory was founded by Splash Damage. In honor of our beloved game, it is with great pleasure that we are able to announce the The ETernity Cup. This tournament will feature both most popular formats in ET, namely 3on3 and 6on6.

This cup will feature a group stage, followed by a playoff stage which pits the top teams of each group against each other in a double-elimination bracket. The format might slightly differ, depending on the number of sign ups.

To sign up, simply send one of the admins a private message including your team name plus roster. Once you have created a new team it will automatically be added to the waiting pool, which can be found right below this post.

Teams can both pick a map from the Main Maplist. In case of a decider, maps can only be chosen from the Decider Maplist. This is to avoid having the same maps during each round of the tournament.

Feel free to contact us if you have any questions or suggestions about the cup! We can be reached here