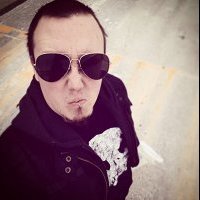 game Steam Queue: What is Singularity?

By SiD, September 23, 2014 in Reviews by Members for Members